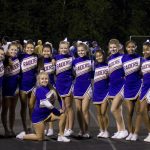 The Raider Cheerleading program will be holding a parent meeting next Wednesday night the 28th for the parents of all girls who made the cheerleading squads for grades 7-12 next year. The meeting will be held in the Livingston High School Campus Gymnasium at 6:30 next Wednesday May 28th. 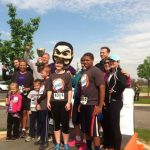 The Reynoldsburg school district was well represented this past Sunday at the Spirit Sprint 5K – Hosted by Orthopedic ONE on Taylor Station Rd.  The event involves many school districts on Central Ohio’s east side and is a fundraiser for those district’s athletic programs. The event is in its 5th year, with Reynoldsburg having particpated in each. The

Sport Baseball Bowen has game winning hit in bottom of 10th to beat Gahanna Home Score 4 Away Score 3 Game Recap Reynoldsburg beat Gahanna in 10 innings, while Hadyn Bowen delivered the game winning hit. Tanner Thomas led off the 10th inning with a hit. Shayne Lyons hit into a fielders choice on the 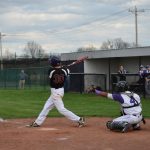 Alex Core, a senior outfielder and second year captain, helped the Raiders win three of four games last week and was named Columbus Dispatch Athlete of the Week for Baseball. He went 6 for 9 with three RBI and four stolen bases and reached base in 14 of 16 plate appearances. As a pitcher, he

RHS Cheerleading Try-Out dates have been set for the coming weeks. These Try-Outs will be for next school year’s squads (2014 Football season and 2014-15 Basketball season): High School teams (current 8th-11th graders that will be in HIgh School next school year):  April 21-24 (5:30-8 each night) Junior High (current 6th and 7th grade girls that will

Sport Baseball Varsity Home Score 2 Away Score 12 Game Recap Alex Core led the Raiders by pitching a complete game. He also added to the win at the plate by going 1-1 with 3 walks and a hit by pitch. He stole 3 bases and scored 4 runs. Nick McPommell and Hunter Steele led 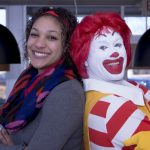 Make sure to tune into ESPNU at 7pm on Wednesday night as RHS Senior Alyssa Rice will be playing in the nationally televised McDonalds All-American Game. Alyssa is the first Raider basketball player to ever be named to the McDonalds team and is one of three girls from Ohio on the team. She is an 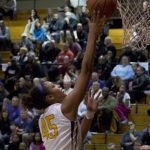 The RHS Girls Basketball team dominated the 3rd Quarter and went on to a 60-32 blowout victory over Northland on Tuesday night in the Regional Semifinals at Otterbein. The Lady Raiders now advance to the Region Final on Friday night, March 7th at 7:30PM – once again at Otterbein’s Rike center, where they will take